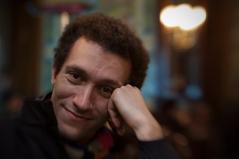 Bio: Andrey, the lead language designer for Kotlin, began his career at Borland, where he worked on language implementations for MDA support. After spending a few years as a college teacher, he joined JetBrains in 2010 to develop the Kotlin programming language. He represented JetBrains in the JCP expert group for JSR 335, “Project Lambda”.