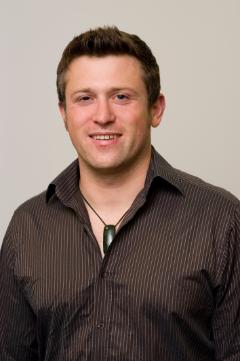 Bio: David (@whileydave) graduated with a PhD from Imperial College London in 2005, and took up a lecturer position at Victoria University of Wellington, NZ. David’s PhD thesis was on efficient algorithms for pointer analysis of C, and his techniques have since been incorporated into GCC. His interests are in programming languages, compilers and static analysis.

Since 2009, he has been developing the Whiley Programming Language (whiley.org) which is designed specifically to simplify program verification. Prior to that, David developed the Java Compiler Kit (JKit), which is an open source Java Compiler aimed at simplifying static analysis.

David has previously interned at Bell Labs, New Jersey, where he worked on compilers for FPGAs; and also at IBM Hursely, UK, where he worked with the AspectJ development team on profiling systems.